Swiss company transforms the humble battery into a giant tower 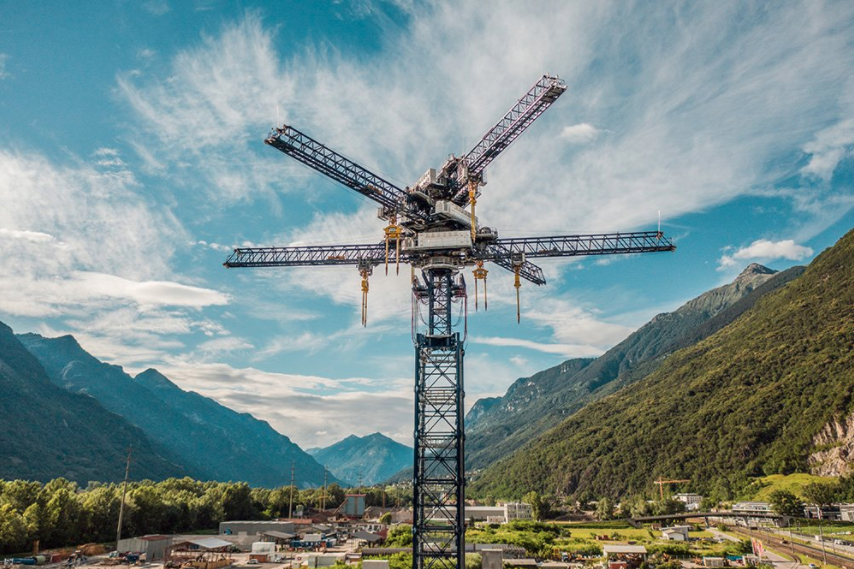 While we’ve been generating energy from solar power and wind turbines for decades now, sustainable energy storage is another story. However the engineers at Swiss energy storage start-up Energy Vault have hit upon a unique twist to a familiar concept. No, it’s not Jenga: but it does use gravity to store energy, much like hydro-electric does.

How the system works: surplus natural energy powers an automated crane that lifts concrete blocks to form a tower. This stores the energy potentially, so that it can be more effectively distributed throughout the day. When there is a dip in natural energy, for example at night when solar power isn’t generated, the crane lowers the blocks. This falling motion turns a generator in the crane, which then generates electricity and discharges it back into the grid.

Each tower can store 20 megawatt-hours a day, enough to power 2,000 Swiss homes for 24 hours.
The cranes are controlled by algorithms, so that the loading and unloading movements run as efficiently as possible. The custom-made composite blocks are made from locally sourced soil, sand or waste material, adding another useful stage to materials that are difficult to recycle.

This works in the same way as hydro-electric energy, i.e. by storing water at high altitude, but using bricks instead of water. However, the idea of using bricks is not the main innovation here. For the first time ever, the Energy Vault system can store and deploy renewable energy at less cost than fossil fuels. This puts them at the forefront of an energy transformation that offers companies and governments the opportunity to deploy renewable energy efficiently at scale.

A prototype has already been in operation in Bellinzona in Switzerland, and has been a proven success. Thus sustainable energy storage can succeed.
Energy Vault was named one of the most important start-ups by the World Economic Forum.
At the end of 2021 commercial plants constructions in the USA, Europe and Australia have begun.